Books to enjoy at home

Look at this link to read a huge selection of books

At first glance, Arnie looks like an average doughnut - round, cakey, iced and sprinkled, with a hole in the middle. He was made by one of the best bakeries in town, and admittedly his sprinkles are candy-coloured. Still, a doughnut is just a doughnut, right? WRONG! Not if Arnie has anything to say about it. And, for a doughnut, he sure seems to have an awful lot to say. Can Arnie change the fate of all doughnuts - or at least have a hand in his own future? 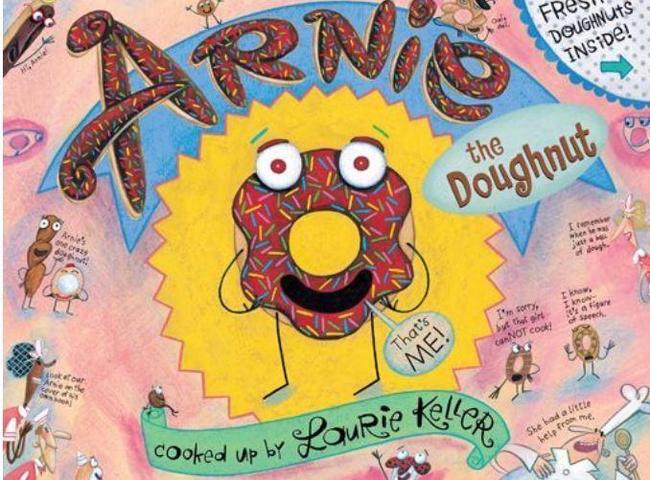 A winter illness left Lotus, a little girl, without a voice and without friends. A hunter’s bullet left Feather, a crane, injured and unable to fly. As Lotus nurses Feather back to health, their bond grows. Soon Feather is following Lotus everywhere, even to school! The bird dances to the girl’s reed whistle, much to the delight of the other children. One day, when the village floods, Feather helps raise the alarm as Lotus and her grandfather urge their neighbours to get to high ground. Feather is a true friend to Lotus, but the time comes when Lotus must be a true friend to him--by encouraging him to migrate with the rest of the cranes. The next spring, Feather miraculously returns, and that’s not all . . . he has brought new life to the nearby lake. Inspired by the true story of a crane that rescued a Chinese village, and graced with sensitive watercolour illustrations, this lovely book about respecting nature offers deep emotion and delightful surprises. 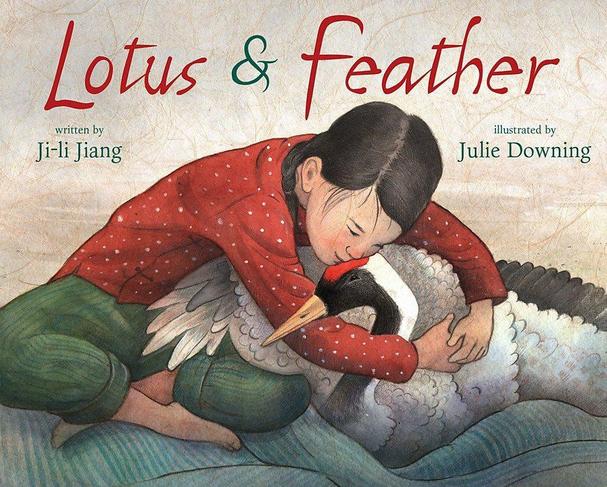 The Ickabog. By J K Rowling.

Not now Bernard by David McKee

The parents are so busy doing their own thing, that a monster can eat Bernard's dinner, break his toys, and even eat Bernard, without being noticed! An hilarious cautionary tale.

You must bring a hat by Simon Philip and Kate Hindley

A party invitation is at the centre of this highly entertaining and amusing story. It states that guests must bring a hat, but it appears that there are more entry requirements too, and as the story goes on they become increasingly absurd.

The Queens Knicker's by Nicolas Allan

It's a busy year for the Queen - she has lots of important events to attend. Meanwhile, a little girl is wondering what knickers. Her Majesty will choose to wear on a school visit! Will they be her at home knickers - adorned with corgis - or her 'garden party' knickers, or perhaps her woolly Balmoral ones...?

The Funny Bones by Janet and Allan Ahlberg

Janet and Allan's frightfully funny Hallowe'en classic tells the story of three skeletons - a big skeleton, a little skeleton and a dog skeleton - who venture out of their cellar one night to find someone to scare, only to find that everyone is in bed. Who will they scare now?!

Join the Pants Pirates on a special treasure hunt. Grab your cutlass and sail on the Pirate Ship Black Bloomer past angry crocs, sharks in fancy pants and through gurgling swamps on a quest to find...the Pants of Gold!

Oi Dog! by Kes and Clare Gray and Jim Field

The rule says Dogs sit on Frogs but Frog is determined to challenge that. According to Frog, Dogs sit on Logs, Cats sit on Gnats, Mice sit on Ice, Bears sit on Stairs and Whales sit on Nails whether they like it or not!

It all starts when Chloe makes friends with Mr Stink, the local tramp. Yes, he smells a bit. But when it looks like he might be driven out of town, Chloe decides to hide him in the garden shed. Now Chloe's got to make sure no one finds out her secret. And speaking of secrets, there just might be more to Mr Stink than meets the eye… or the nose.

Not just a witch by Eva Ibbotson

Heckie is not just a witch - she's an animal witch, who wants to make the world a better place by transforming evil people into harmless animals, using her incredible Toe of Transformation and her awesome Knuckle of Power. But when slimy Lionel Knapsack charms Heckie, her magic begins to take a darker direction. Her friends, including a cheese wizard and a boy called Daniel, must come to the rescue . . .

This is a much-loved classic but as relevant today as it was when first published in 1969! The vivid and colourful illustrations and cut back and die-cut pages, together with some very simple text, provide a wonderful story that is immensely satisfying for parents and children alike.

The Gruffalo by Julia Donaldson

So begins the story of how a clever little mouse outwits his big scary enemy. The tasty little mouse needs to make his way through the deep dark woods. How will he do it? By inventing the gruffalo, a fearsome creature with terrible claws, terrible tusks and terrible teeth in his terrible jaws. It’s a brilliant trick.

When Tom is sent to stay at his aunt and uncle's house for the summer, he resigns himself to endless weeks of boredom. As he lies awake in his bed he hears the grandfather clock downstairs strike . . .eleven . . . twelve . . . thirteen . . . Thirteen! Tom races down the stairs and out the back door, into a garden everyone told him wasn't there. In this enchanted thirteenth hour, the garden comes alive - but Tom is never sure whether the children he meets there are real or ghosts . . .

In the first book in the number one bestselling Alex Rider series by Anthony Horowitz, fourteen-year-old Alex is forcibly recruited into MI6. Armed with secret gadgets, he is sent to investigate Herod Sayle, a man who is offering state-of-the-art Stormbreaker computers to every school in the country. But the teenage spy soon finds himself in terrible danger.

The Lion the Witch and the Wardrobe by C S Lewis.

Four adventurous siblings-Peter, Susan, Edmund, and Lucy Pevensie- step through a wardrobe door and into the land of Narnia, a land frozen in eternal winter and in the power of the White Witch. But when almost all hope is lost, the return of the Great Lion, Aslan, signals a great change . . . and a great sacrifice.

When Mr and Mrs Kranky go out to the shops they leave their son George to look after his miserable grandmother. George’s grandmother isn’t just miserable, she’s mean and bossy and she particularly doesn’t like growing boys

Giraffes Can't Dance is a touching tale of Gerald the giraffe, who wants nothing more than to dance. With crooked knees and thin legs, it's harder for a giraffe than you would think. Gerald is finally able to dance to his own tune when he gets some encouraging words from an unlikely friend.

We're Going on a Bear hunt by Michael Rosen.

Why go on a walk, when you can go on a bear hunt?

For brave hunters and bear-lovers, the classic chant-aloud story in paperback.

We're going on a bear hunt. We're going to catch a big one. Will you come too?

What a surprise awaits them in the cave on the other side of the dark forest!

Unfortunately not the ones with chocolate chips.

Some cookies are necessary in order to make this website function correctly. These are set by default and whilst you can block or delete them by changing your browser settings, some functionality such as being able to log in to the website will not work if you do this. The necessary cookies set on this website are as follows:

A 'sessionid' token is required for logging in to the website and we also use a 'crfstoken' token to prevent cross site request forgery.

Cookies that are not necessary to make the website work, but which enable additional functionality, can also be set. By default these cookies are disabled, but you can choose to enable them below: